If you’re going to be late, at least commit. This post is exactly 3 months late, so you can’t blame me for not committing.

Let’s start with a high-level view of the traffic for the year:

And a more detailed breakdown of the Sessions/Pageviews, Bounce Rate and Pages/Session: 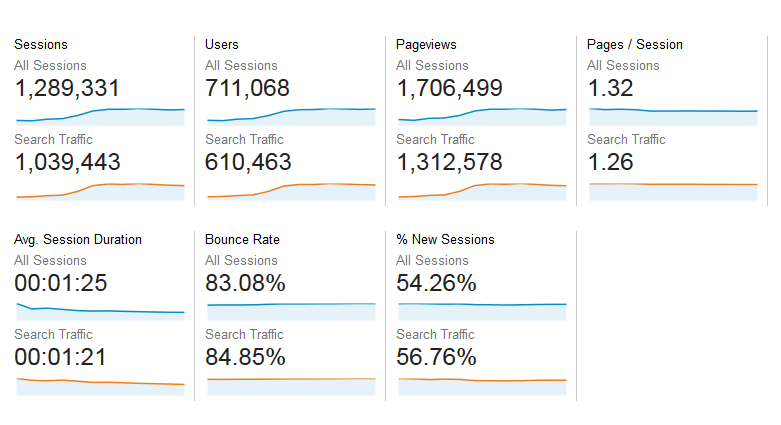 The top 15 referrers sending traffic to the site: 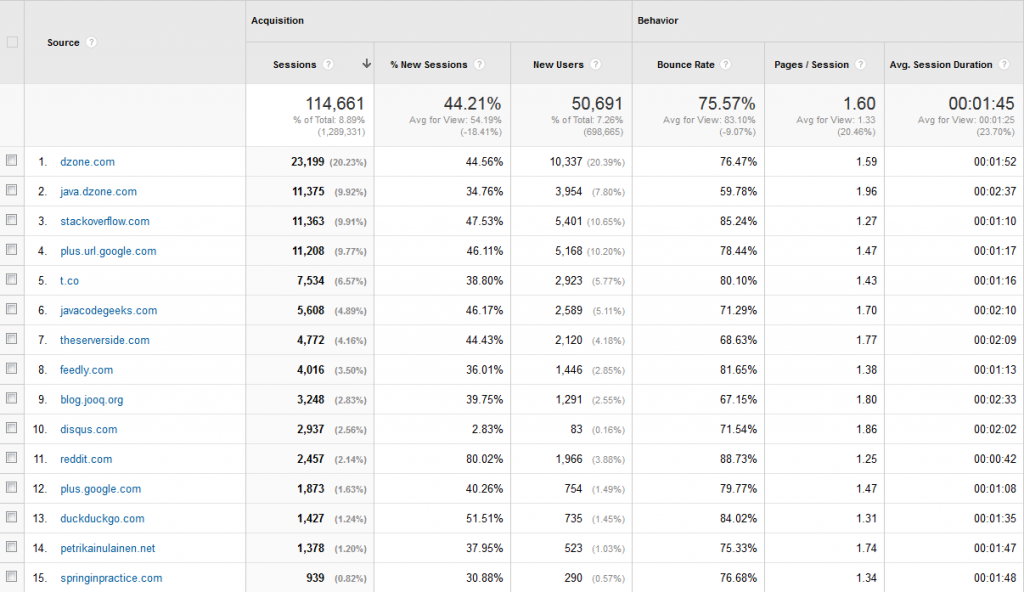 And – a fun one – the visits from email that Baeldung has been getting:

This is cool to see – since 2014 is the year I really started to build out my email list.

Email is definitely the best way I connected and got to know my readers of the course of the year.

Let’s now extract some information out of Aweber and see what 2014 looked like. First – the old list:

A few months into 2014 I created a new list to allow me to change my autoresponder sequence without affecting the subscribers that were already on the old list and to make sure I don’t sent the same person an email twice.

It was actually quite a bit more, but I regularly clean my list and try to only have people there that are actually engaged and are getting value from the stuff I send out.

2014 also looks to have brought some consistency to my writing habit – with 130 new articles out for the full year. In the past, I struggled keeping putting out work consistently, so I’m counting that as a win.

I also started a new series at the very start at the year – The Baeldung Weekly Review – curating the best technical articles I read each week. This has definitely kept me on track and kept my writing – as these reviews are a lot of fun to do.

After quite a bit of planning, I finally took the plunge and went into working for myself in 2014. Working for myself has been challenging, fun and more time-consuming that I thought it would be.

2014 was also the year I didn’t release a product. I had started working on a course during the summer, but the move to consulting made sure progress was slooooow. So, instead of dragging out the process and not making progress, I tabled the idea until I can dedicate a good chunk of time to it and create and do good work putting it together.

Finally, 2014 was definitely the year of email. I got to connect to my readers, actually find out who they are, answer their questions and really talk to them one to one over email. I’m more convinced than ever today that email is and will continue to be the best way to actually connect with and help your readers.