Time for my December report – this month was full of ups and downs – hopefully things will be settling down come January.

First – the content – I put out 18 new articles this month! Yes, that still surprises me now that I actually counted them again – it will be interesting to track the results of that push during the first few months of 2014.

My new found productivity stems from a combination of focusing on a clearly defined problem and exploring that in a focused article and of course some free time during the holiday season.

Let’s start with the traffic www.baeldung.com got for the month of December.

With the new content, the traffic to the site has held steady and is at the same level as last month:

The organic search traffic on baeldung is exactly at the same level as last month (~25 000 views) – and considering that the last 2 weeks of the month were understandably slow, stable is good:

Referral traffic is probably the most interesting to look at, analyze and understand, as it paints a great picture of where traffic is coming from and how good that traffic is: 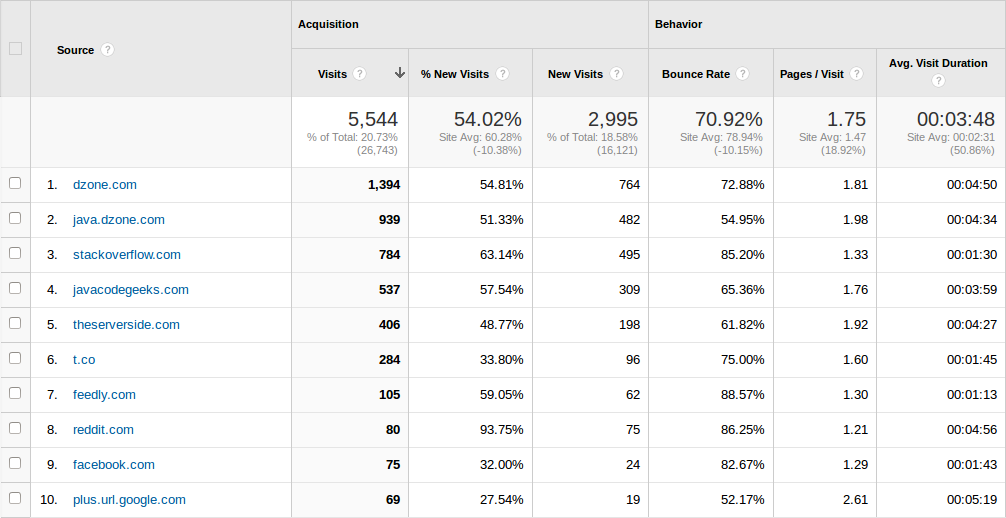 The only spike in referrer traffic was Feedly – and considering that I put out quite a lot of content in December, this is not unexpected.

Unfortunately – on the email signups front, things are not looking as well. The burnout effect of optin forms is definitely something to take into account. With no change to the form itself, the subscriptions plummeted sharply in December and only bounced back when I introduced a freshly designed form.

Still – the data speaks for itself: 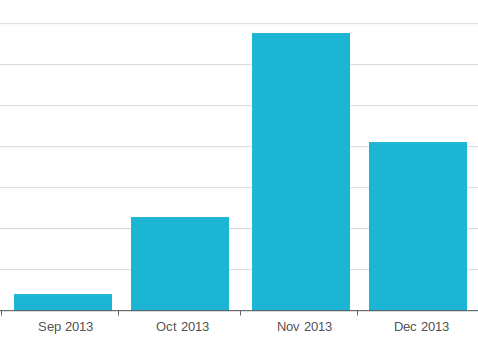 I had 205 new signups in December, compared to the 338 I had in November – an 40% month over month DROP, which I’m hoping to rectify in January.

My first take away for this month is that optin forms burn out! Not only should you have well tested backup form with a different design and – better yet – a different value proposition, but you should also always be running at least one A/B test on the optin form at any given time.

The other takeaway is that Optimizely still rocks.

I have ambitious content goals for 2014 – and I’ll continue to track and document the month over month progress here for your enjoyment.