January was an interesting month with SEO traffic going up and down like crazy. Looks like the 18 new articles I wrote in December had an effect – although the effect was more likely on overall domain authority because the actual traffic to the new articles doesn’t account for the traffic spike.

In January I wrote a total of 11 new articles and updated 1 older one; 4 of these are part of my new “Weekly Review” series.

The stats have seen moderate improvements as well:

So overall, this has been a good month in terms of traffic.

Now, let’s see what happened to my organic search traffic in January:

The main reason for this is the infusion of new content – the 18 articles I wrote in December and 11 new ones in January. What is important is that not much search traffic is actually going to these new articles – instead, my older pillar articles have increased their ranking, probably because of an increase in domain authority.

Let’s now take a peak at the top referrers: 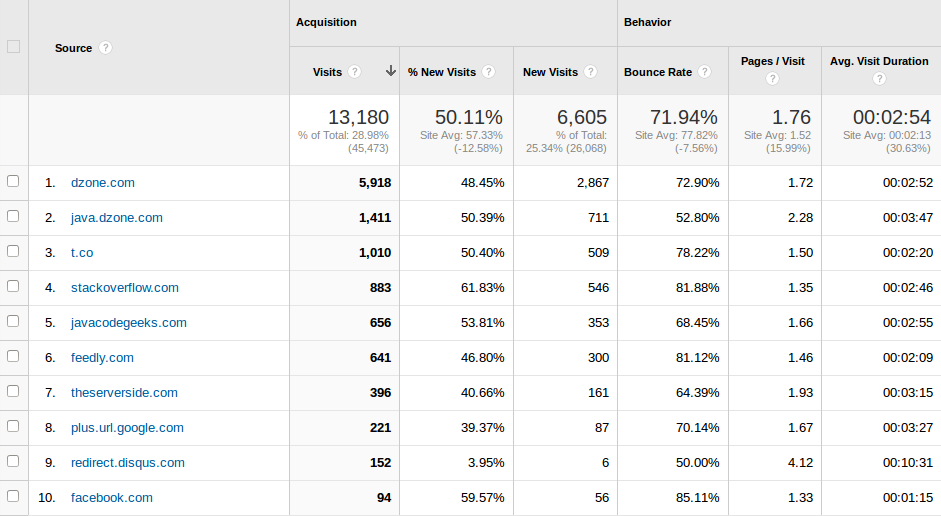 A few interesting traffic increases happening here: dzone, Twitter and Feedly have all seen spikes, mostly due to the new content, so no real unexpected changes.

After email conversions had dropped in December, I was lucky able to revert the trend and get back to my standard conversion rate for Email Optins: 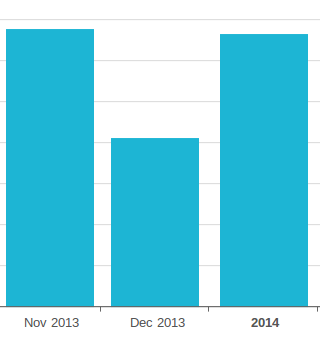 So – my list has grown with 332 new subscribers in January, up from the 205 I had in December.

One clear takeaway for this month is that Google really likes new content – and a ~50% spike in SEO traffic is proof of that fact.

As for the future – I have big plans – starting with a redesign rolling out in early March and using new eBooks as lead magnets – in a more targeted way.

See you in February.