One month into 2017, it’s time to finally release the report for Q4 of last year.

I publish this report mainly because I like transparency and I remember just how much difference it can make to see the numbers of other sites in my own motivation. 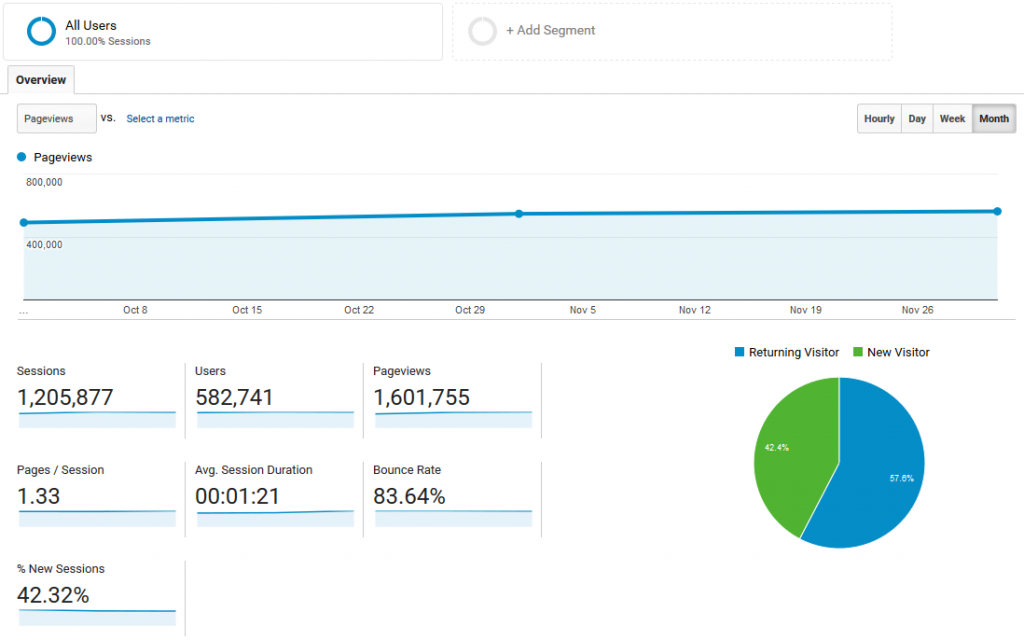 And here’s our referrer data – basically, who’s been sending traffic to the site:

We’ve also been publishing like crazy – a full 127 new articles in Q4, which is the most we’ve ever published in the span of 3 months. We’re going to blow that out of the water in Q1 of this year, but that’s a story for the next review.

In the last review I wrote, I said that Q3 was all about growing the editorial team. So was Q4 – we’re now close to a stable 80-90 authors and 10 editors working on content for the site.

I’m also taking some small steps towards removing myself from the publishing process. Right now I’m the bottleneck with the fact that I am still reviewing each and every piece of content that goes out.

On the one hand I’m proud that, ever since I created the site in 2011, all 806 articles were published by me.

On the other hand, I fully realized that’s not sustainable if I want the site to grow, and that right now I’m slowing down the editorial team.

And so, over the course of 2017, my goal is to remove myself from the publishing process as much as possible. Hopefully, the very first article where I don’t personally hit publish will be in March.

That plan changed because I wasn’t able to record, so the plan right now is to announce the next course mid March.

However, for that to happen, I need to finish the bonus material from Learn Spring Security – and unfortunately my voice hasn’t been up to record lately.

I think that’s slowly getting better, so I should be able to hit that if I really hustle for the following 30 days.

I’ve always documented the state of my email list here, so here’s a quick update on how that’s going.

The list has just passed 32K subscribers – which is a steady, sustainable growth.

And with that we’re going to wrap up the Q4 review.

I always like reading these kinds of open insights into sites I read, so hopefully you got a similar kick out of this review.