1. Why Am I Migrating from WPEngine to Traffic Planet Hosting?

I have been with WPEngine for a about 3 years now – always on their middle 99$ plan – mainly because I had more traffic than their bottom plan allows, and there was no incremental billing back when I signed up.

Let me start of by saying that I’m not leaving WPEngine because of speed issues – the speed of my site has been OK: 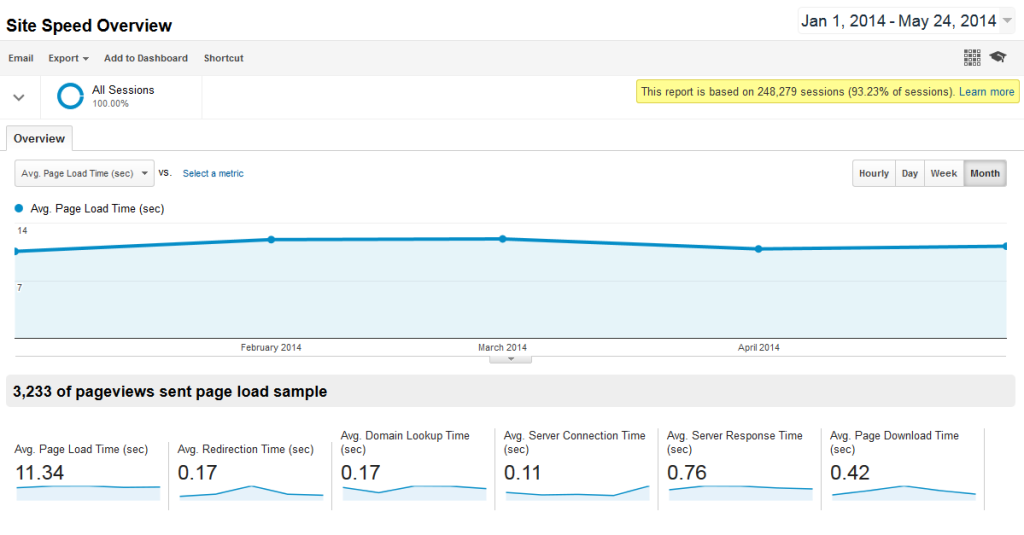 That’s not to say my experience with WPEngine has been good all around – I had the occasional ticket left unanswered for 3 straight days and the like – but overall I had a positive experience with them. And – it has to be said – I will miss having a staging area for my sites.

No – the reason I’m migrating is that the recent Panda 4.0 update has basically doubled my traffic – and I was already reaching the upper limit of my 99$ plan. With this new traffic – I would be paying about 200$ / month – and considering the fact that baeldung is a personal blog – that’s a bit much.

2. The Migration and the Speed Test

To start off, I have moved one of my secondary sites over – www.craftycristian.com – to test the waters at Traffic Planet Hosting.

Now – the first thing I was curious about when considering the move was speed – since speed was one of the main selling points of WPEngine.

Keep in mind that WPEngine has a proprietary Caching/CDN solution – so using something standard such as the W3 Total Cache plugin was not an option. After the migration, I of course activated that plugin on my new installation. Also keep in mind that this is not load testing, just early numbers – I’ll follow up with additional data after my first full week of traffic.

Let’s jump right into the numbers – I measured the speed of 2 pages on my site – the homepage and an article page:

We’ll first look at the speed results of the homepage – starting with a traffic from Amsterdam:

Obviously the WPEngine servers are in the United States, closer to New York than Dallas – overall, very respectable results.

Now that we covered the homepage, I picked the most visited post on the site to get some speed readings:

Next – let’s look at the results from Dallas:

The WPEngine results are pretty consistent for the article page as well.

Now – let’s how the numbers change after the migration to Traffic Planet Hosting.

After the migration, I ran the exact same speed tests via Pindom – on the homepage and on the sample article (nothing else has been modified).

OK, let’s look at the data – starting with the Load Time of the page on WPEngine and then Traffic Planet with and without caching on:

Here we go – an overall ~15% speed increase from moving my sites – which is very nice to see.

A 15% speed increase is very good news – especially considering that this is on top of good numbers I was getting with WPEngine, but the main goal of the move wasn’t speed – but reducing my bill (which is getting uncomfortably large: 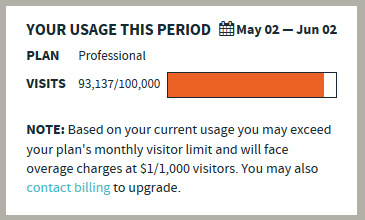 As you can see – I’m close to my 100.000 visits / month limit, and anything that goes over that is going to be charged extra. With my current traffic spike, baeldung alone is going to get just shy of 200.000 visits next month – which will result in a 200$ bill.

Here’s the interesting part – my bandwidth usage is not that high – it’s below 1GB / day:

And since the Traffic Planet Hosting plans are not based on Visits but on Bandwidth – I’m falling below even their 24$ / month plan – which at the time I’m writing this, is capped at 50 GB / month. That’s 8 times cheaper than what my next month will cost with WPEngine!

Now – I’m probably going to move to their 49$ plan – just to not worry about the traffic and bandwidth – which is still a good 4 times cheaper.

I mentioned at the very beginning of this article that I’m testing the waters with Traffic Planet Hosting. The water’s great!

Are you still with Traffic Planet Hosting?

Yeah, I’m not using TPH any longer. I had a problem with their support – basically, the site went down and I couldn’t get a hold of them for quite a while. I just needed to restart, but yeah – on these kinds of issues, you do need support to be quick and respond – which they didn’t (at least in my case). Why are you moving off Websynthesis?

I recently switched from wpengine to traffic planet (now wpxhosting) because I wanted to have a faster website at a cheaper price. And that’s exactly what I get. But there are some major drawbacks. The support, while quick to respond, has been a disappointment. I migrated three sites to wpxhosting and had to change the SSL certificates on them. That opened a can of worms the website not displaying properly, images not showing, broken links, email DNS not working properly. going back and forth fixing one thing while breaking another. There doesn’t seem to be any sort of quality check… Read more »

Hey Arthur,
Yeah, both of these platforms have pros and cons, definitely. WPEngine is still a solid platform, but I did run into problems with their support. It looks like they hired a few very junior people and just threw them in the deep end.
That being said, it might have been a few isolated incidents, who knows.
I’m running my site on Kinsta right now – they’re pretty solid as well.
Cheers,
Eugen.