October was a busy month, with lots of experiments, mainly to improve my email signup conversation rates, but also with 4 new articles published and 3 re-worked.

On the content side – I started to experiment with a new article format – the cookbook – the format is short, schematic and very code-centric. In fact, these are my own internal development cookbooks, in a format that I’ve been using for years and has served me well – so I am now taking the extra step of cleaning it up and publishing it for others to use.

The new content has generated a good chunk of extra traffic – about 25% more to be exact: 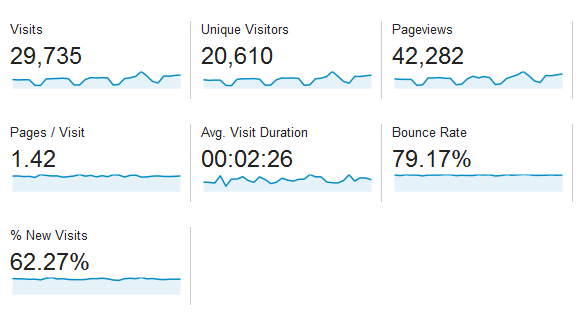 Search traffic has seen ~25% an increase during the month of October – my suspicion is that it’s related to the new Hummingbird algorithm, as the timelines seem to match.

To cut a long story short – here are the numbers:

Referral traffic is probably the most volatile and as such sees the most change month over month. That said, my top 5 referrers usually stay pretty much the same – it’s in the 6-10 positions that the most change occurs: 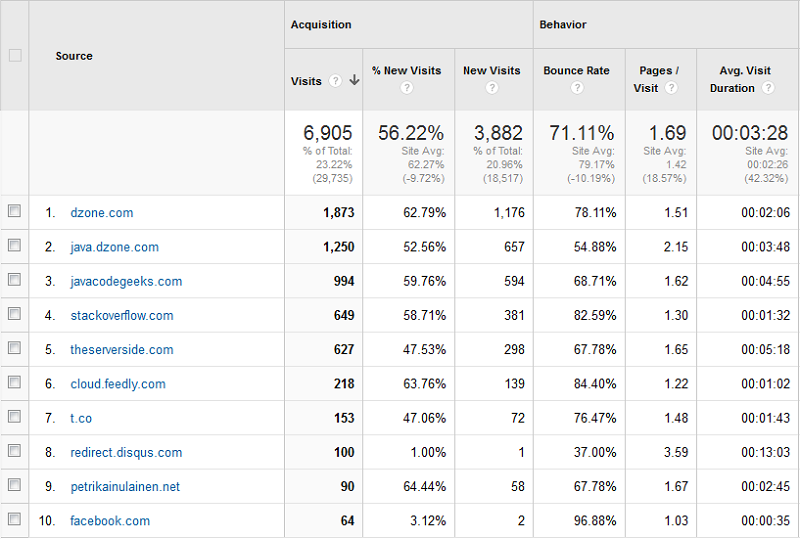 This month, feedly makes an appearance again on stop 6 – which is entirely expected since I had new articles come out – which made the rounds on RSS.

The other interesting appearance on this list is Facebook – first time in my top 10 referrers – but with a bounce rate of over 90% – clearly Facebook isn’t where my readers hang out.

The highlight of October has been the experiments I ran to improve my Email Signup rate – the results speak for themselves – I had 113 new email signups compared to the 20 subscribers I gained in September: 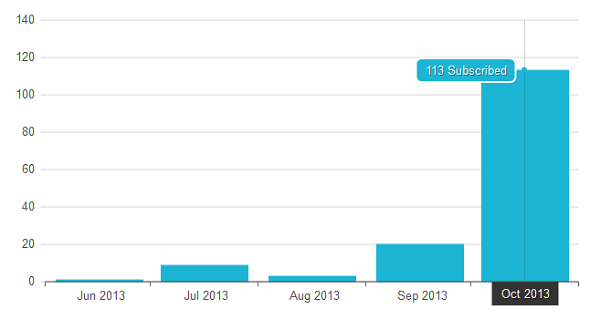 For the chronological list of changes/experiments I ran to make these improvements, you can read:

With all of these changes in place, I expect November to be an interesting month for Email signups.

Assumptions are evil – test everything and assume nothing.

It takes a lot of experience even approximate correctly – on the other hand – testing is easier than ever before. The process of testing out a hypothesis is the backbone of any serious kind of evolution, and it needs to be done consistently and with discipline.

However, as this latest experiment proves – it’s well worth testing out an intuition or a hypothesis.